The majestic woolly mammoth disappeared over 4,000 years ago, but if a set of scientists get their way, they’re going to bring it back. Geneticists, led by Harvard Medical School’s George Church, aim to bring the woolly mammoth back to life similar to something out of a Jurassic Park movie.

The plan received a significant boost this week, too, as the scientists received nearly $15 million in funding for the project. However, that news and this idea also generated a fierce ethical debate. And for all the Jeff Goldblum fans out there, this quote comes to mind, “Your scientists were so preoccupied with whether or not they could, they didn’t stop to think about if they should.”

To be clear, the company doesn’t plan on doing some DNA-clone experiment and instead wants to create a “cold-resistant elephant with all of the core biological traits of the woolly mammoth.” Basically, an African Elephant and Wooly Mammoth hybrid that looks identical to the creatures that roamed the Earth 4,000 years ago. Giant tusks and all. The scientists believe their work could help reverse the effects of climate change and global warming, not to mention help advance studies in genetic engineering.

A lab-grown wooly mammoth calf could end up walking the Earth in the next six years if this startup gets its way and manages to succeed. This is big news, and we’ll have to wait and see what happens. In closing, the project hopes to “de-extinct” other species and eventually create an inventory of genetic material from endangered species. 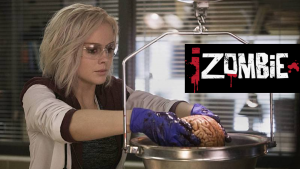