What are the topics covered this week? There’s an embedded ReRAM module from Weebit Nano, a report on worldwide wafer capacity, Samsung’s domination of the smartphone memory market, MCUs for high-speed factory automation and robotics and Williams Advanced Engineering signing a deal to create high power density batteries for automotive power trains…

5. Weebit Nano tapes out test chip
Weebit Nano has completed the design and verification stages of its embedded ReRAM module, and taped-out a test-chip that integrates this module. This test-chip will be used as the final platform for testing and qualification, ahead of customer production. “The test chip containing this module will allow Weebit to demonstrate to customers a fully functional ReRAM product that can be readily integrated into their System-on-Chip and enable customers to accelerate their design process,” says CEO Coby Hanoch.

4. Taiwan and Korea host 40% of worldwide wafer capacity
Taiwan and Korea have over 40% of the total world wafer capacity, according to IC Insights’ Global Wafer Capacity Report. The report looks at the total installed monthly capacity of fabs located in a region regardless of the headquarters location of the companies that own the fabs. For example, the wafer capacity that Samsung has installed in the U.S. is counted in the North America capacity total, not in the South Korea capacity total. The ROW “region” consists primarily of Singapore, Israel, and Malaysia, but also includes countries/regions such as Russia, Belarus, and Australia. 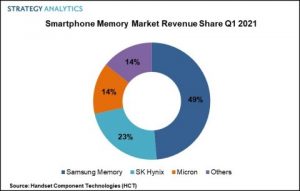 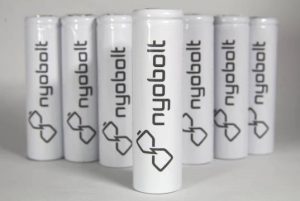 1. Williams teams with Nyobolt automotive powertrain batteries
Williams Advanced Engineering (WAE) and battery start-up Nyobolt have signed a deal to create high power density batteries for automotive power trains. “Niobium-powered lithium-ion battery technology from Nyobolt delivers a step change in power density, cycle life and fast charging capability,” according to Williams. “The technology has ideal attributes for high performance vehicles, such as motorsport.” WAE was the engineering arm of the Grand Prix company, and it is the battery provider for Extreme E, Formula E Gen 3 and ETCR electric touring cars.

How Buggy Is the Windows 11 Preview Release?

What Does Cloud Native Actually Mean? – CloudSavvy IT

You Can Now Pre-Order Playdate, the Handheld Console with a Crank – Review Geek

What Is Shareware, and Why Was It So Popular in the 1990s?